To make dragon boat racing a mass participation sport throughout the whole 32 counties of Ireland and make the sport accessible to all ages and abilities.

Dragon boating is an ancient Chinese sport which dates back over 2000 years to a time of rivalry, intrigue and corruption. The dragon boat itself is deeply imbedded in China’s dragon culture, with each boat having an ornately carved dragon’s head at the bow and a tail in the stern. The boat is painted with scales and the paddles symbolically represent the dragon’s claws.

In the third century BC a warrior and poet Qu Yuan committed suicide by drowning himself into the Mi Lo River after corrupt court officials removed him from his high office and banished him from the royal palace.

Legend tells us that following his death local fisherman took to the water to search for his body and to protect it from being eaten by fish they beat the drums in their boats and hit the water with their paddles. Then to give his spirit food and appease the water dragons they threw rice dumplings into the river.

To commemorate this sacrifice, the people began to organise dragon boat festivals in his memory and thus the sport of dragon boat racing was born. The dragon boat festival is celebrated every year on the 5th day of the 5th Moon (month) of the Chinese lunar calendar. The practise of making offerings of rice dumplings or Zongzi is an extremely important part of the festival.

Modern day dragon boating has evolved as a high performance sport, capturing the imagination of the world by storm. With over 50 million paddlers participating annually in competitions worldwide, it is the fastest growing water sport in the world.

Dragon boating is not only competitive; it is sociable, fun, colourful and dynamic. As a sport it is all inclusive and can be used to help tackle obesity and help people stay fit and healthy. It is also very attractive to the corporate and community market as a great team building activity.

For many years the ICF have been trying to say the sport comes under their umbrella which is not correct.

‘Dragon boating was originally introduced to Ireland in the early 1990’s when boats were brought from the UK to hold events. In 2005 the IDBA was formed, though only really in name, until the Association was formally launched in Dublin in October 2010. Since then the sport has grown year on year with numerous events held annually and our own International Senior Women’s Dragon Boat Team which has regularly medalled on the European stage. 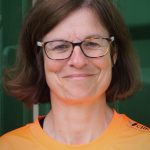 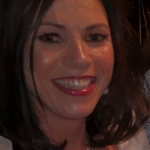 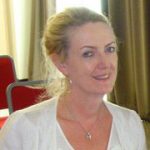 “I would like to place on record my sincere thanks to you & your staff for your support & dedication during the preparation & delivery of the 2013 World Police & Fire Games. The Belfast Games were a huge success thanks to your professionalism & attention to detail. “